Summer in California for a World Premiere!

I’m IN LOVE with this poster for our show!

I have been living my best Bay Area life since I arrived here almost three weeks ago – long runs along the Bay Bridge Trail, wine and cheese nights with my housemate/castmate/dear friend Nandita Shenoy (we really lucked out in the roomie department since we both love to cook and eat!), and discovering my new happy place: Berkeley Bowl. Oh yea, and I’ve been in rehearsals at Cal Shakes for the KICKASS world premiere of House of Joy!

It’s been a few years since I’ve taken a gig out of town, and though I do miss being home (and my partner and cat!) nothing makes me happier than working on a new play – especially when that play is a “swashbuckling action-adventure romance set in a harem at the beginning of the end of the Mughal Empire.” Double especially when the rehearsal room is majority women+ and people of color! (Dear TheatreWorld: are you paying attention?!) Scroll down to learn more about the play and – if you’re in the Bay Area – how to score tickets.

About House of Joy 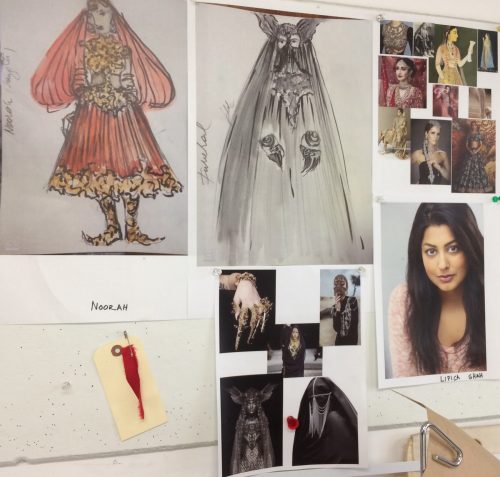 The incredible design renderings and image inspirations for my costumes from our designer Oana Botez – I truly hope I’ll be able to wear these outfits instead of them wearing me!

“Once upon a time and place, in something like 17th century Delhi, an imperial bodyguard risks her life to fight for what’s right, turning against everything she’s been raised to believe.”

I play Her Imperial Highness Princess Noorah, daughter of the Emperor and de-facto ruler of his harem. Bow down! It’s been quite fun to play a woman with such power – with a flick of her finger she can condemn someone to death – but also surprisingly challenging. I don’t often (ever) get to play characters who are unapologetic about taking up space, who don’t have to work at or pretend to be in control. Noorah just IS the most powerful woman in the House of Joy, and everyone knows it. Even the men. She has used childhood trauma to her advantage and has played The Game (of thrones) to rise, but her ambition far exceeds the limits of her gilded cage (or ahem, glass ceiling). I’ve been drawing inspiration from, yes, Cersei Lannister, but also from Nur Jahan, who actually ruled the Mughal Empire as Empress alongside her husband, Emperor Jahangir, in the 1600s. Google her. You won’t regret it. 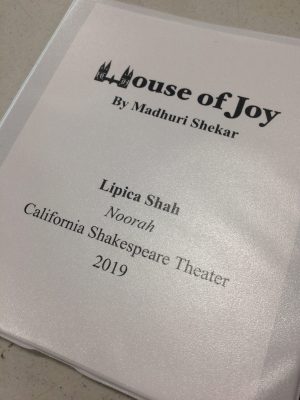 All performances are outdoors at Cal Shakes’ Bruns Amphitheater in the Orinda Hills (which means: dress warmly!)