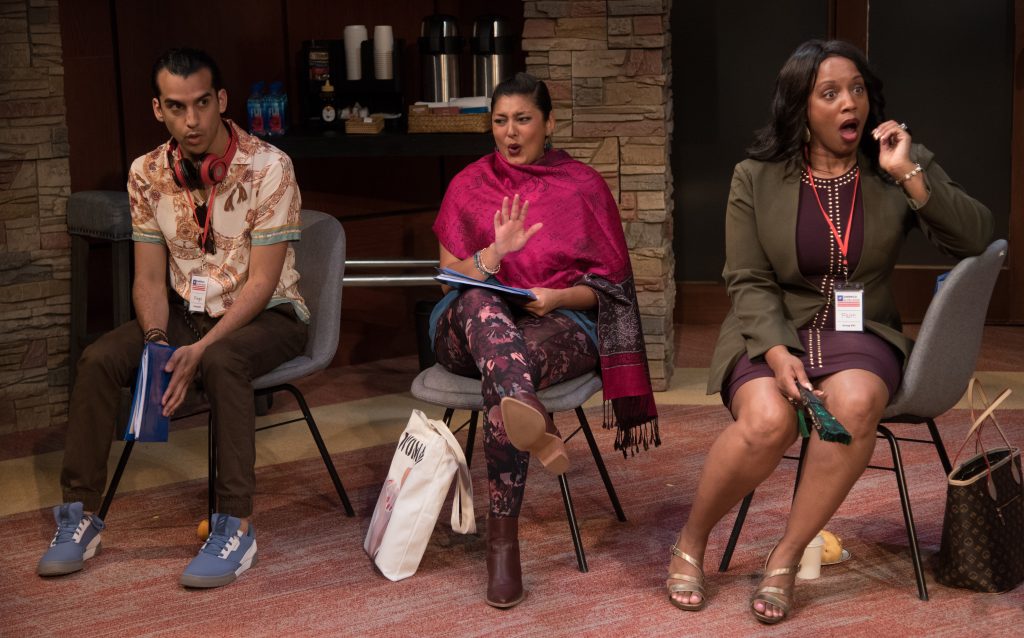 I’ve been living and working here in Sarasota since mid-November 2021, and I’ll be here til at least the end of February 2022. I admit that it’s WEIRD to be enjoying 80+ degree days in the dead of winter – I find myself really missing sweater weather and snow! – but I’m very grateful to be back at work.

After two years of pandemic-induced unemployment, I marked my return to live theatre this past September with Animate at my home-away-from-home, Mixed Blood Theatre Company in Minneapolis. As much as I loved it, that show took place outdoors at the Como Park Zoo (where I played a giraffe zookeeper and one of my scene-stealing scenemates was Skeeter the giraffe, pictured below!) and we sadly had a very short run. The show I’m performing in now, a new play called America in One Room at Florida Studio Theatre (FST), is indoors, on an actual proscenium, with masked audience members sharing space and creating community with us 8 times a week. (More info on the play is below, including how to get tickets.) 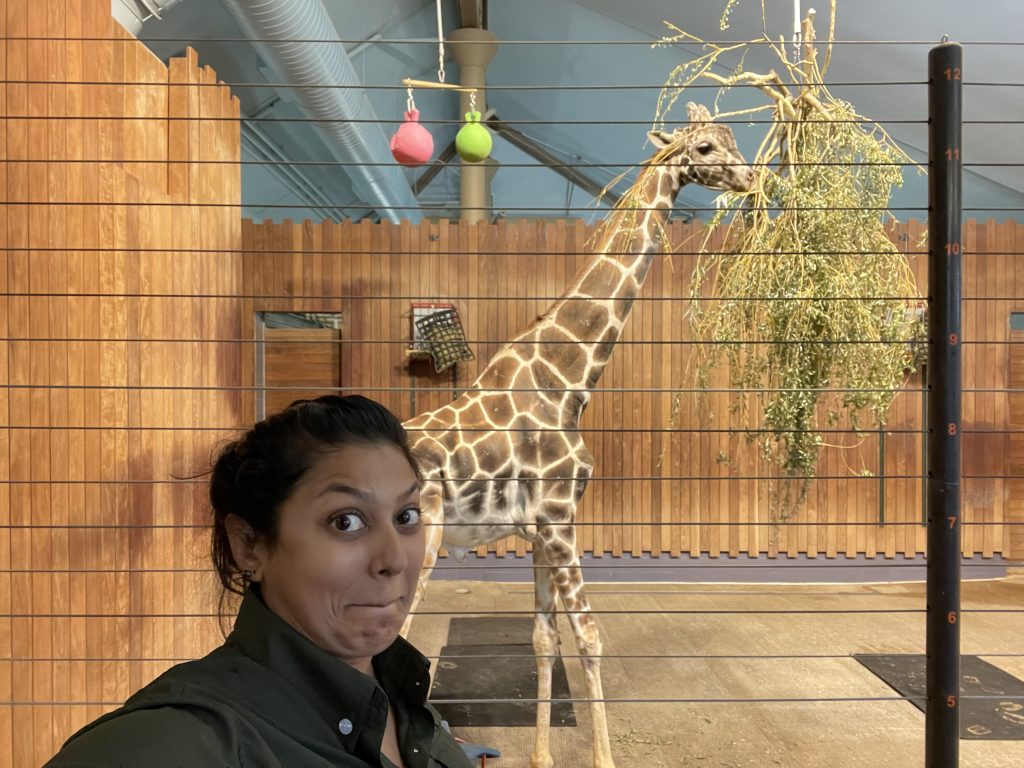 Me as Laurette, a giraffe zookeeper, and Skeeter the giraffe in “Animate” with Mixed Blood Theatre Company.

I couldn’t believe how rusty I felt when we first got into rehearsals! There were a ton of muscles that had been dormant for so long; it took a while to remember how to use them all. For example, our play features a lot of overlapping dialogue, which requires careful listening, responding, and volume calibration so that all the lines are audible to the audience even though we’re speaking simultaneously. But none of us had overlapped dialogue for quite some time because digital platforms like Zoom don’t allow for it! I’d also forgotten about the kind of stamina one needs to do eight shows a week and the level of self care required between shows to sustain that stamina in a healthy way. Plus, after my personal bout with COVID in 2020 and the subsequent long haul effects, I realized I couldn’t rely on my previous natural breath support for projection – I needed to do more intense physical and vocal warm ups every day.  All these things that used to be second nature had to almost be re-learned. It was humbling and challenging, and I’m really glad to be past those hurdles now!

It’s also been rejuvenating to be working on a new play again, with all the collaboration that work entails. New play development is, after all, my first theatre love. Even now, almost a month into performances, we’re all still making discoveries about our characters and unearthing new moments. Our playwright, Jason Odell Williams, has been wonderfully open to our thoughts and questions, and it’s exciting to think that we’re all putting our stamp on this play and these characters in ways that will influence future productions.

Perhaps now would be a good time to talk about what the heck this play is about! From FST’s website:

When eight strangers receive an invitation to the America in One Room convention, nobody knows what will happen. However, as each attendee files into the aptly titled Liberty Room, their insecurities, strengths, and beliefs are soon on full display. As everyone is convinced they are right, sparks fly, tempers flare, and humor abounds. Can these eight people find a way to bridge the divide? Inspired by the real-life convention of the same name, America in One Room dissects recent headlines and our nation’s past to answer the question: what does it mean to be an American? 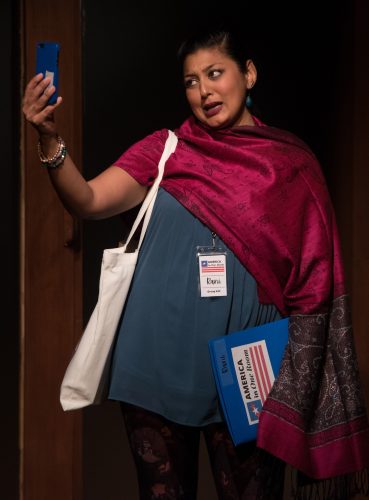 Rani is very adept in the language of Snark. And eye rolls. Photo: John Jones

I play Rani, an Indian-American former lawyer-now-non-fiction writer from Austin, Texas who’s also a new mother. She’s got a hard edge that manifests as righteousness and anger, and a ton of armor to try to hide her loneliness and vulnerabilities. Let’s just say I get to exercise my eye-rolling skills a LOT. My castmates and I are having a ball every night, and we especially love when audiences are vocal and share their energy with us during the show!

Are you or will you be near Sarasota soon? Join us! 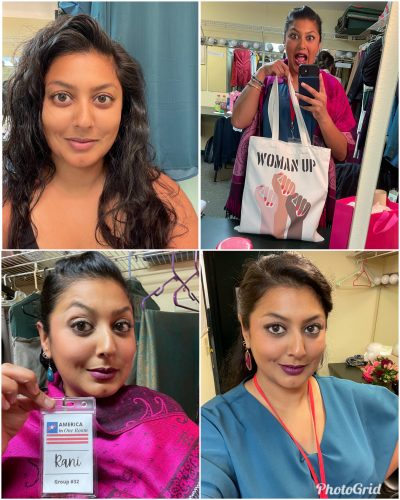 I’ll continue sharing behind-the-scenes pictures (like the shot above!), videos, and stories on social media, so keep checking Facebook and Twitter. And if any of y’all are curious about what it’s been like to perform with the pandemic in the background (and sometimes in the foreground!) I’m happy to answer any questions and share my experience – DM me on socials. Happy New Year: here’s to more light and laughter in 2022!

One comment on “Happy New Year from Sunny Florida!”