“The Wave” AKA The Life of an Actor

Today I’d like to discuss an industry phenomenon I call “The Wave.” Any actors out there? You know what I’m talking about. 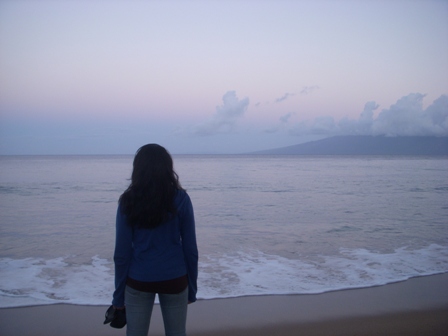 The Wave hits you when you’re down – crawling through the sand, desperately clinging to those last few pennies before the bank runs dry. It grabs you when you least expect it, holding  fast to your shirt collar and slowly, painfully pulling you to your feet. Once you’re standing on your poor, tired dogs, it lets you wait. Then, suddenly, it spins you around and you’re face to face with…

…more work than you ever thought would be thrown your way! If you were barely scraping by moments before, you are now surrounded by gifts – opportunities knocking – and it can be a bit overwhelming.

Last month, after “167 Tongues” closed, I was lost at sea. I went back to my “normal” routine, but without the creative – and welcome! – disruptions of rehearsals and shows, I felt rather empty. Auditions were scarce, bookings rarer, and I felt myself sliding into a very negative emotional place. One tends to feel helpless in this situation…no matter how hard I worked, it seemed I couldn’t catch a break.

But, just as quickly as the slump settled in, The Wave flew in, swept me away, and took me for a joyride.

Suddenly, I am cast as a lead in a low-budget feature film (“Super Mehra Brothers,” a Red Flight Pictures production), gearing up for being the Production Manager on a friend’s short film (New Lens Production’s “Hiding Games”), and participating in a reading for a film I’m shooting later this summer (“Oh, Sophia” with Peresempio Picture House, in which I play the lead character, Diya). Just today I received two e-mails from friends asking if I was interested in auditioning for their short films, and another from a director who saw me in “167 Tongues” and wants me to audition for his upcoming show (sadly, I have a scheduling conflict with the show dates). To top it all off…I made it to the final callbacks (which will occur this Friday!) for ABC’s 2010 New York Talent Showcase. I am one happy, busy bee!!

Though it’s sometimes scary, The Wave is a friend. It takes its time, creeping up on you so you sense its presence but can’t quite see the full picture. It tries its best not to drown you (though at times you do feel suffocated), opting instead to let you coast on its swell. And even when the sea seems dim it’s always there, waiting for the right time to appear. You just have to be patient 🙂