I realized something as the clock struck midnight on January 1st: I always tend to view the new year as just that – new. It’s a blank slate, a new beginning, a chance to start over. But maybe, that’s not the right way to view things. Setting new goals seems like a great idea, but why limit my goal-setting-ability to just this one day? (Really, how many new year’s resolutions do YOU keep? I resolved last year to write more blog posts and…well…we can all see how that didn’t turn out…) What about all the progress I made last year? Why not think of the new year as continuing that momentum instead of grinding to a halt and starting from the top? 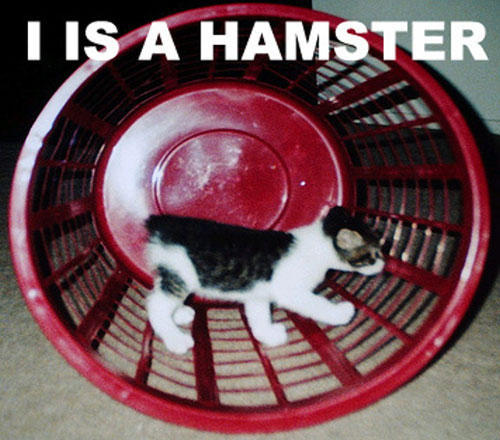 Yea…I need to get off this thing…

So this year, I’m not making any resolutions (GASP!) – I’m tired of planning and falling short. Instead, I’d like to take a quick look back at the mile markers from last year’s journey, and set my sights on the road ahead. Pardon the cliche, but life is, after all, a marathon, not a sprint. Speaking of marathons…

Of all the things I accomplished last year, I think this is the one I’m most proud of – seems like the best place to start this recap 🙂 At the start of 2014, as I re-discovered my love of long distance running, I set two personal fitness goals for myself: run one race each month and qualify (through the New York Road Runner’s 9+1 Program) for next year’s NYC Marathon. Close to 600 miles (including 11 run before dawn in the crazy heat and humidity on the island of Bimini), 2 pairs of sneakers, and 13 races later – I did it!! Look out for updates as I start training this year…and I hope to see you along the marathon course in November, because I’m going to need all kinds of love and support to get through those 26.2 miles! 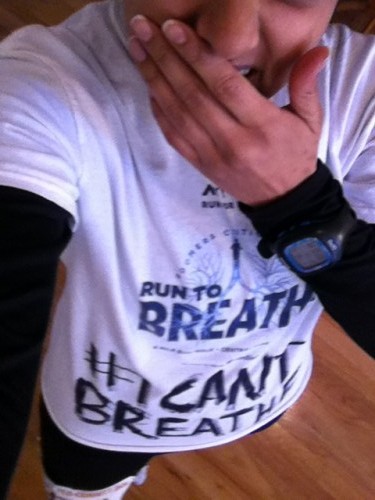 And yes, I cried after crossing the finish line of my last race. My tears froze on my cheeks. December is cold!

Mile Marker 2: Performing in two (well…technically four) plays at once

In September I was so glad to work with Theatre 167 again, this time in a re-imagining of their “Jackson Heights Trilogy” called I Like to Be Here, which was directed by Ari Laura Krieth at The New Ohio Theater. It was so fun to channel my inner girly girl and banter with my wonderful scene partner Indika Senanayake each night, and to be part of such a talented, diverse, beautiful cast. 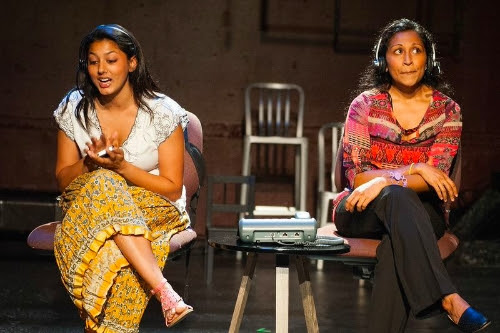 Every night. So much sass. (Thanks Joel Weber for the photo!)

During the last two weeks of the show, which we performed at night, I was also rehearsing three short plays during the day with The Working Theater, directed by Dina Vovsi. It was a whirlwind experience – 12 days to rehearse, block, and memorize, followed by two full, back-to-back productions, but we had such a blast! All of our brains certainly got some exercise those weeks; it was a huge challenge to flash memorize and compartmentalize all those lines, but somehow it all worked out. And no, despite all my fears I never inserted lines from one show into another. 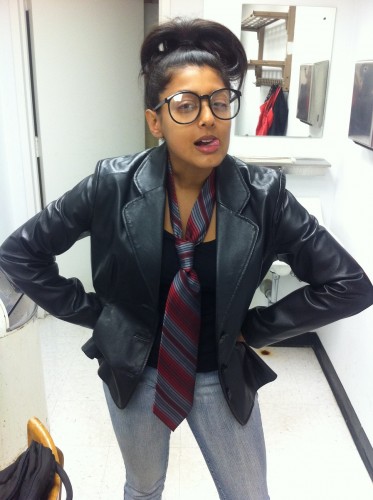 My wacky characters kept me sane and in line, trust me!

In October, I started filming a new educational series. My contract prevents me from talking about the project in detail, but the exciting, new part is – it’s a seven month gig. Seven months of steady work, playing a fun, quirky character (who has a passion for funky earrings) with a hilarious, down-to-earth crew and talented, effervescent cast. It’s a dream! I don’t mind waking up at dawn to get to set because I know that even if the day will be challenging (it’s not unheard of for us to shoot 15+ pages at one go), I will be spending it with wonderful people. I’ve never had the chance to develop a character over such a long time period, and it’s really fun to have freedom to explore and play, and so interesting to watch her growth from week to week. Who knows what she’ll do next? 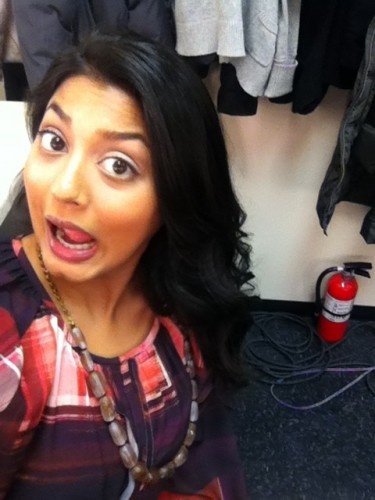 At the very least, I’m going to have a KILLER wardrobe when we wrap!

Those were just my top 3 milestones this year. Looking back, there were definitely other highlights – getting the chance to work on the Mixed Blood Theatre stage again (in the ensemble of the powerful musical Passing Strange); booking two television co-star roles back to back (on The Following and Person of Interest); landing a lead voiceover role on a new cartoon (more details to come!); representing the American Red Cross as a spokesperson on the Dr. Oz show (for the second time!)…

It feels strange to think that there was a point this year when I felt stuck – not quite sure how I’d fallen into a rut and a bit helpless as to how to get out of it – but time, that ever-present beast, showed me the way. Turns out I never actually took my foot off the gas pedal; I was always moving forward, but maybe… let’s say it was like driving on a plateau with really monotonous scenery on all sides.

It was just hard to SEE that I was still moving, but when I look back now in my rearview mirror, I can see the road behind me – I can see how far I’ve come.

This year, I’ve learned to trust. I’m tossing away my map – I don’t know my destination anyway! – and believing that if I just keep on driving, I’ll end up exactly where I’m meant to be. Maybe I lied: this year, I resolve to stay present and enjoy the ride.

If you’ve made it this far down the page, thanks for reading (or skimming)! Please enjoy this super silly video re-capping 2014, courtesy of Odd Sqodd sketch comedy group. I was so happy to be a part of it!


Spread the love
Posted in News